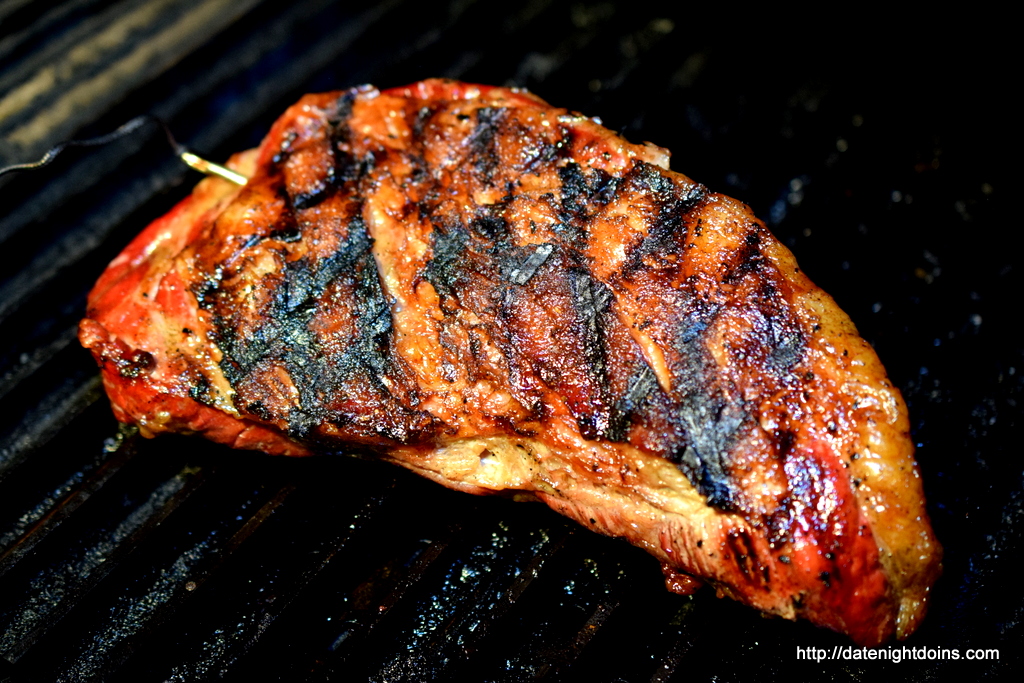 This recipe is courtesy of our good friend Ken Fisher over at Date Night Doins. Be sure to check out his website for tons of really good recipes. Ken chose to inject his tri-tip but you may skip this step and still get some really good results. Also, Ken cooked his on a pellet grill but it can be done on a gas or charcoal grill as well.

1We have used Butcher Prime Brisket injection before in both brisket and chuck roast, both times we thought was that it was the best we have ever done. It’s that good! So, with that thought we used it tonight on our tri tip. (FYI it never lets us down.) We use beef broth for mixing the injection solution and injected all that the meat would hold. Did a nice rub and onto the grill for a reverse sear.

3When the meat reaches an internal temperature of 120 degrees (49c) pull it off, cover it and let it rest for 5 to 10 minutes before serving. This will be rare, U.S.D.A. safe is 125 degrees (52c). Keep in mind that the meat will continue cooking for another 5 to 10 degrees after you pull it off the grill. I used a Maverick ProTemp Instant Read Thermometer and the ET 732 tonight for checking meat temps.

4Note: I get a lot of questions about the kind of pellets you can use with a recipe. Keep in mind that a recipe is just an outline. Some you need to follow closely like when you are making bread, but most you can do anything you can dream, our favorite way to cook. Feel free to mix and match the pellets until you find a combination you really like. Also you are only smoking at temps less than 250 degrees (122c), anything higher is cooking and there will not be much if any smoke so it does not matter what kind of pellet you are using.